Why You Should Go To Mens Events 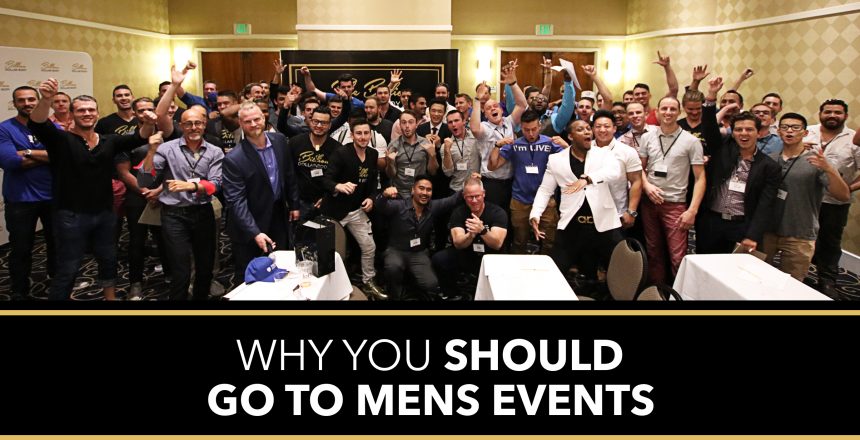 Every year, millions of aspiring individuals around the world attend events to hear from other successful people, both to network and to get clear about what they want to create in their life.

These events are much more than just a break from the occasionally monotonous grind of success.

In this quick read, I will share the value of two things:

Our story begins with Success. We’re all chasing it, and we all want it.

If you’re a high achiever, or seeking to become one, you quickly learn to build your drive and to harness your discipline to move forward.

However, this is only part of the story.

Regardless of the drive we have – we can’t ever know everything – we always need insight into our problems. If what we perceive isn’t what’s actually there, we will move in the wrong direction.

There’s no doubt that the journey of success requires two things:

Live events help you with these two challenges by adding:

Perspective is provided by ‘collisions of creativity’ that happen, through meeting people of a like mind, similar values, similar goals and dreams; but with a different knowledge set and past experiences.

These collisions of creativity happen when our viewpoints on our problems are challenged.

Sometimes this means that we see the problem that we think we have isn’t even the real problem, and other times, we see a way to solve the problems that we have much faster and more effectively.

The second thing, which is a by-product of the collisions of creativity, is FUEL.

The number one reason that people fail, and then quit is simple – we run out of emotional fuel. Our emotional battery drains too low and we simply cannot summon the energy to tackle the problems that we face.

When surrounded by people who are experiencing breakthroughs in their perspective, and seeing that the problems that they believed were holding them back are now gone, there is a large ‘releasing’ of energy in the form of new motivation, certainty and enthusiasm.

This works in our favor – because states are transferable. Just like when the stock market ‘catches a cold’ and everyone goes into a certain state and it drives behavior.

So when suddenly we are connected with a bunch of people who are having breakthroughs  – it transfers to us, giving us a large uplift in our emotional fuel and providing strength for us to believe in ourselves.

This ‘unleashing’ of enthusiasm can be enough emotional fuel to propel us through actions and behavior changes that we have been struggling to make. 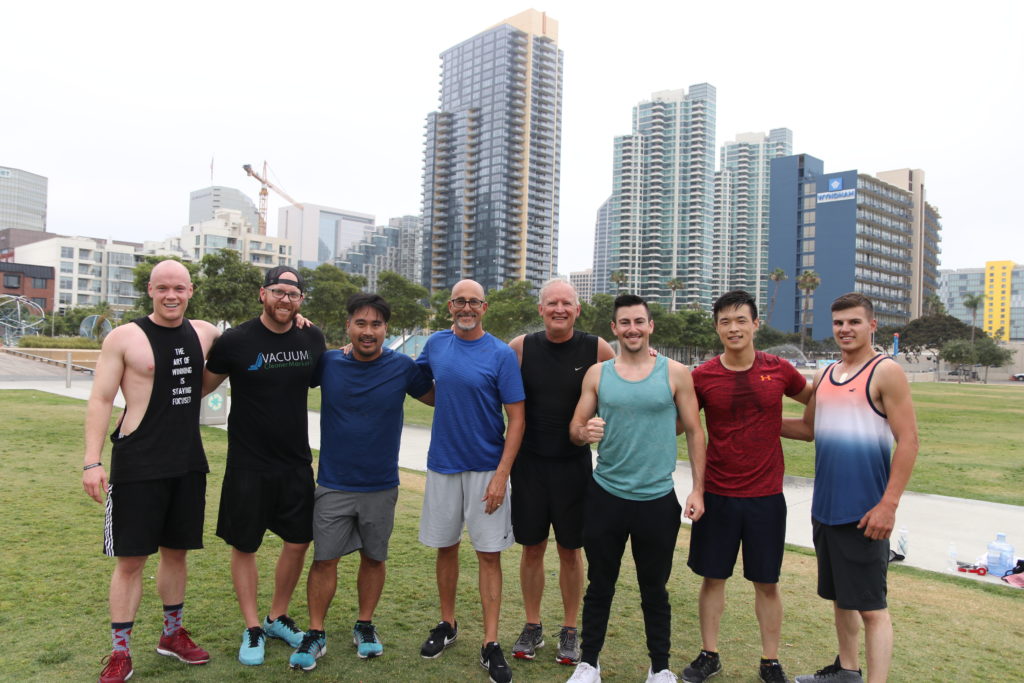 The third major benefit of a live event is the new relationships that are fostered.

I will touch on one particular type of relationship which is important and powerful for men, and that is “brotherhood”.

As a result of a long standing socially conditioned ideas that men have been asked to live up to – namely that success is competitive in nature, that only the strong get respect and that showing any form of vulnerability or weakness will lead to a loss of your ‘man card’ – men have become masters of social isolation.

Unfortunately, this also means that most men lack the emotional tools and communication skills to break down the “protective” walls that we as men have put up.

This leads men to feel powerless in situations where they still have tremendous power, but may simply need a couple of kind words or someone to tell them, “Bro, it’s going to be ok, you got this”.

On top of that, men thrive inside of environments when they can be challenged in a loving way. The balance of challenge versus support creates a powerful dynamic, which brings out our best character qualities, and support us to develop them.

This is the purpose of brotherhood.

Brotherhood allows men to both support the development of other men, as well as to challenge each other to step up and push ourselves to greatness, regardless of our fears and whatever limitations that we have perceived in ourselves in the past.

Fortunately – today we have the increasing recognition that men not only need this type of community, but thrive in it.

Success is not possible for a lone wolf. There are simply too many blind spots, and as humans, we need the support and love of other humans more than we often like to admit as men.

However, there is good news. Now more than ever, the paradigm is changing, and hopefully, as a result of events like these, the idea of men being in brotherhood will become the new normal over the next decade.

Check out a glimpse of Billion Dollar Body Live below